The Min Report – WWE Over The Limit – Sunday May 20th 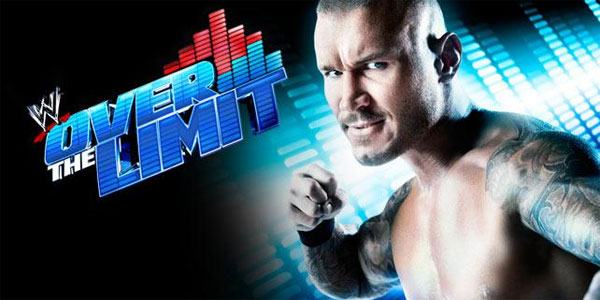 I’m going to ignore the order of play today and start with the main event. Not the match we were told was the main event, but the true main event. It’s nice when you can just state how great something is in the current WWE product rather than picking fault, feeling the need to make jokes etc. CM Punk v Daniel Bryan was just that.

I can’t remember a match when I had such a grin fixed on my face throughout it’s entirety. I was already smiling of course, having been a long time fan of both and like so many recognising what a landmark occasion this match already was. Am I a biased mark for these guys? Sure. But even the most casual fan must have been mesmerised by this showing from two such premiere talent.

An additional note to say how good it was that they kept AJ out of this one, having teased an appearance earlier in the show. That keeps the angle bubbling on this nicely i.e how and where she will eventually figure. Also great to just allow these two to go out there and do what they do best, give them some license to go beyond what WWE usually ‘allows’ them to do. Some lovely little nods to past meetings between these guys and their individual history. “I had till 5” anyone? Great stuff.

Back and forth. Innovative. Harder, faster, and slicker during the high points than we’ve seen in years anywhere on the roster; full of emotion; told a great story; and a clever ending to keep the feud alive and hopefully leave this open for many more meetings on PPV to come. What a fantastic advertisement for WRESTLING. The crowd reaction alone to this is proof to Vince surely that IT still matters.

Battle Royal
I might be wrong but I can’t remember the announcers talkng about the result of the Kane/Ryder match even though they made an issue of it earlier in the week. Strange. Anyway, we started to main show with a Battle Royal to determine a number one contender to face either the IC or the US champ later in the night. As soon as it was announced that Christian was involved, I guess we were all 99% sure he’d win this. Equally as soon as he pointed to Santino, I’m sure most of us realised he’d actually be facing Cody later in the evening. Quite a good battle royal for me though, and I go-home sequence too – it felt different. Nice to see some visually ‘together’ tag teams in there, and a great showing from Tyson Kidd too who can’t have done himself any harm with his performance.

Kofi/Truth v Ziggler/Swagger
Really solid match here I thought. I went for the champs to retain – makes more sense to me as Ziggler and Swagger are more valuable as singles competitors for me. My biggest concern here is I thought this was an ideal opportunity to split ZigSwag up – maybe they’ll start to work this in on Raw this eve? The Trouble in Paradise finish looked good – but then what do you expect when Ziggler is selling it. Sterling effort to keep the tag team division alive and interesting by all concerned.

Layla v Beth Pheonix
Again I called this one so was starting to get a bit excited that my accumulator might come in. It didn’t but still – Buddha bless Paddy Power for making WWE PPV’s more interesting recently. Anyway, this was ok as womens matches go to be fair, although Layla is clearly still ring rusty and they lacked the fluency you’d want in places.  But hey, when your biggest competition has Brooke Hogan in charge it’s women are we supposed to expect miracles? Still at least they were given more than a few minutes and tried to tell an actual story with the match. Beth did a great job of making Layla look good, particularly with the finish. I’d like to Beth to take a break now, let Kharma come back, win the title and decimate the division before setting up a Beth return to win the belt back in what should have been this years Mania match for the Divas division.

Sheamus v Del Rio v Orton v Jericho
I have to say I really didn’t expect Sheamus to retain – I honestly expected someone to ‘surprise’ us and in fairness the commentary team did a decent job of bigging up a Jericho angle that he was out to prove something. Jericho was my pick actually and I like to thank him for ruining my accumulator! That said, it’s also good that they’re keeping the belt (yes I said belt!) on Sheamus for a little while longer and keeping him strong (coupled with the clean win over Orton on SD) – ultimately when someone beats Sheamus for it they’ll consequently look all the more stronger for it. Anyway, although I’m not a massive fan of fatal 4ways, I do prefer them to triple threats, and as formulaic as this kinda was it was very good. I liked how the usual go-home sequence we’ve come to expect in these was used as a false finish. Clearly they are gonna to keep this Sheamus/Orton feud going, and I assume this means Jericho won’t be around for much longer either. While he’s helped to push other stars, his return has ultimately been a little anti-climatic for me. Not sure where this leaves Del Rio either. Great to hear the “Si! Si! Si!” chants going for him though which started at the post-mania Raw. I love a ‘smart’ crowd!

Brodus Clay v The Miz
I actually found Miz’s dance pretty funny – reminded me of the old Miz when he was with John Morrison. He was cool then. Total filler to break the card up. Nothing more than that.

Cody Rhodes v Christian
And all of a sudden Christian is a face again? Er, ok. I don’t mind, I like Christian either way, but this is a strange booking – although I find all former World Champs coming back to contend for lower titles kinda strange. Don’t like seeing the title change again so soon aster Cody regained it, but I guess if they continue this as a feud, it will ultimately help elevate Cody.  Cody is similar in the ring to Orton (coming from his Legacy days) so maybe the logic is that Christian can have the same degree of success with a feud with Cody as he did last year with Orton? Yeah I used the term ‘logic’ in a sentence associated with a WWE storyline – I know, I’m an idiot. Definitely some signs of that here for the future though. Nothing overly complicated on show but some decent chemistry.

Then we were treated to the Punk/Bryan masterclass, before we got another filler and then effectively the circus came to town.

Ryback v Camacho
Highlight of the match was Lillian Garcia getting Ryback’s opponent wrong – she had a 50/50 chance I guess. At least she chose the name of someone in the ring. In fairness I’m pretty sure she’s got an earpiece and is getting fed the stats etc so someone in the back in probably as much to blame. Usual squash of course. Maybe soon they’ll put Ryback in the ring with Brodus and give them both something to do?

John Cena v John Laurinaitis
Advertising this as the ‘main event’ is a total slap in the face to not just the WWE and Heavyweight Title matches, but to everyone else on the roster too of course. The last sight we should have seen is Bryan’s deflated but angry face after his loss to Punk. Much like with my loopback at Raw this week, I wish I couldn’t waste too much energy on this, other than to acknowledge just how awful this 20 minutes of TV was…but feel I will anyway…there’s just too much to comment on. Where the abundance of quality in the Punk/Bryan match let’s the action do all the talking, this balanced it all out with I guess what Vince finds ‘funny’?

I can only assume that crowd signs stating that Laurinaitus would lose were planted. Nobody thought that Cena would win this surely (apart from that hilarious ‘shocked’ Cena fan in the front row)…even though it means of course that under the same circumstances (no DQ), Cena was able to beat Brock Lesnar but not a 46 year old man with the help of a 7 foot pudding. Cena can take a pounding from Lesnar, yet not kick out almost 2 minutes after a punch from Big Show (and stay ‘unconscious’ for another 5 mins afterwards too? Please. What’s worse of course now is that anyone who taps to the STF in less than 10 seconds will/should be deemed a lesser fighter than JL. Once again, nonsensical inconstancy from WWE.

In fact, I can’t even care about the obvious Big Show angle which was so overt on the past Raw you might have well have tattooed it across Kelly Kelly’s headboard. Some storyline directions are fine if they are obvious as long as they are done well, the difference here is that noone cares about the essence of the story anyway. I could go on about the total lack of selling of the Cena’s supposed arm injury, but that would be marching on further old ground.

Suffice to say, this was worse than any Brodus Clay segment. This pointless story and accompanying ‘performances’ wouldn’t even belong on Velocity. Such a shame to end a PPV like this. I don’t do ratings but if I did, this would have brought the score down by a good 3 points. This at the end of the day is what you’re (as a company) are telling the fans you want them to go home remembering above everything else. And that’s embarrassing on WWE’s part. I only count myself lucky that in the UK we got this for free. Even a deaf, dumb and blind 5 year old in full Cena regalia would have rather seen another 20 minutes of Punk/Bryan than this utter tripe surely?

By rights Cena should now be Public Enemy number one to the entire roster – because he didn’t take the chance to out Big Johnny away when he had it. Of course they won’t dwell on this and we’ll likely get some awful revisit of the Show/Cena feud we’ve already seen approximately seventeen thousand times before.

Catch you in a couple of days with my thoughts on this tonight’s Raw. I’m gonna go and get a box of Kleenex and watch the Punk/Bryan match again.