Where we are, where we’ve been 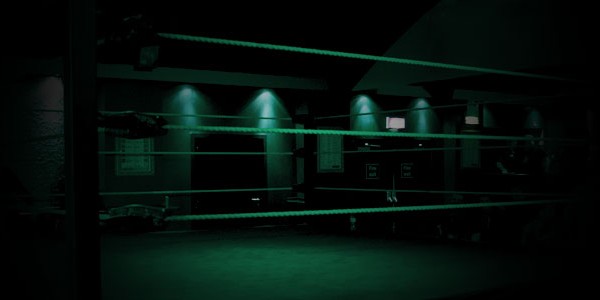 It’s been a bit quiet on here recently, lots of other things going on, so I thought I’d just throw together a few thoughts about the last couple of weeks wrestling, starting with Lockdown.

The first thing I’d like to note isn’t really about the PPV, or TNA at all. No, it’s that WWE is bringing back No Way Out this year with at least some of the matches being steel cage. Seems a little close to the Lockdown concept – but I can’t recall if that’s even original. But I digress…

I used to really like Lockdown when it was the “Six Sides of Steel”. It was a bit different. Now I find it a bit tedious of have every match in a cage.

I found the matches to be pretty good – even the Bischoff vs Bischoff match. The real let down was the crowd. It seemed dead. Really dead. I read they only got 2000 people through the door of a 9000 venue, which has got to be a concern. There wasn’t really any increase in noise during the James Storm title match. It really killed it for me.

Since then, RVD has become number one contender for the TNA belt, and Hogan announced “Open Fight Night” where if you’re called out, you have to fight. Not sure what I think of that one yet – the first one’s tonight, so we’ll see. The TV Championship will now be defend every week on TV. I like that, just as long as it doesn’t get swapped around too much and make it a bit too Mickey Mouse like the WWE did with the Hardcore belt before ditching it.

Since the last time I wrote anything, everyone’s favourite podcaster Colt Cabana became a two time NWA World Heavyweight Champion, which is kinda cool seeing as we were in a pub with him just before Mania.

I’m also eagerly awaiting the DVD of Progress Wrestlings first outing in London. Should keep my satisfied until the second instalment in June. But will they book Havoc? (If that’s lost on you, look up the Twitter hashtag #BookHavoc)

I’m not sure what happened there. Was the post Mania Raw so good that it couldn’t be topped? Did they just ignore the trend and stick to pre-existing storylines? I’m not sure. I really don’t like the D-Bry stuff at the moment. Considering the reaction post Wrestlemania, I personally would have turned him. And Sheamus likewise. The feud could continue, but polarized.

Don’t get me wrong, I like Bryan as a heel, he’s a good’un – I just wonder if the merch would have sold better.

The Rock’s predictable disappearance is as predictable as it is annoying. You’ll not be winning the WWE Championship by not competing, Rocky!

The less said about Lord Tensai the better. I don’t even know if I spelt that right. Can we just call him Albert?

The Lesnar/Cena angle isn’t really working for me either. There’s something not quite right about it. If it’s meant to push Cena (more than usual) it’s not working. Putting him against someone I’m meant to dislike just gives me a match with two people I dislike. Not that I dislike Brock as such.

What I’d love to see on Sunday is a full on shoot match. Let them kick the crap out of each other. Just for poops and giggles.

Also, did anyone else notice that all the clips of Brock destroying opponents featured on Raw this week were all current TNA stars? Hardy, Angle, RVD and Hogan all in there. Coincidence?

Well, there’s a nice bit of filler to pass the time – I’m hoping for a good PPV on Sunday, and the card does look strong in my opinion, so let’s see what happens. I’ll sign off with the card: