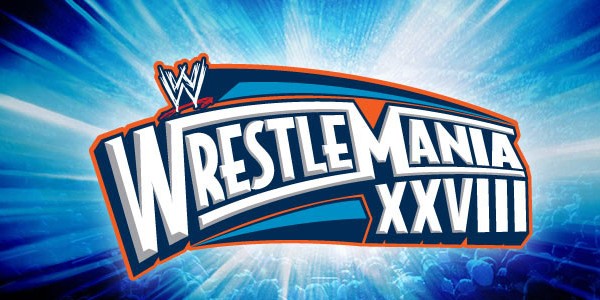 Once in a lifetime?

My big problem with this match is I just don’t care enough about it. Maybe it it was a championship match it’d be different. It’s just filler that, to my mind, could be better used with a decent Tag match or a US title defense or MITB. But it’s on the card, so here goes:

What I’d like to happen: Eve should turn on Beth to create their long overdue feud.

What I think will happen: Kelly Kelly will do the work and Maria gets the win. Clean.

To be honest, another match I’m not too bothered by, there’s just not enough back story for me – but I don’t think Orton should be left out of WM. It has the potential to be a good match, but I wonder how much time it gets.

What I’d like to happen: A bit of a brawl, Orton hits the RKO, and Kane takes it well.

What I think will happen: A bit of a brawl, Orton hits the RKO, and Kane takes it really, really badly.

I can see a theme here – really not too fussed by this one, but it could be interesting. I’m not fussed as the GM is a character. And usually a heel.

What I’d like to happen: Miz screws Team Johnny for being left out in the first place and turning face in the process. The downside being more Johnny, but I don’t feel there’s a win either way for us here.

What I think will happen: It’s a tough one. Looking at the teams, it should be a Team Johnny victory, and I’d not be surprised by a fairly quick squash.

Now, we’re getting into the realms of matches I’m looking forward to. The build to this has been great, in no small part to Cody’s great mic work recently.

What I think should happen: It’s been a pretty good mid-card feud so let’s keep it going. Cody wins via cheating.

What I think will happen: I’m going for a Show win via DQ – Show gets his WM win, but Cody keeps the belt.

What I’d like to happen: All I really want here is a good match that doesn’t damage either in the pecking order.

What I think should happen: This is a bit similar to the last match. I think Bryan should retain as I don’t know what they’d do with him sans belt. But it needs to be in a way that keeps Sheamus looking strong.

What I think will happen: Initially I was edging toward a Sheamus win as they’d made an issue out of the “Royal Rumble curse”. I think that may still be the case with some involvement from AJ. Inadvertent DQ, or full on turning on Bryan would be my shout.

The first of the big three. Whatever happens, this should be the best match of the night. This match has plenty of heat, and two good WRESTLERS, so I’m expecting good things.

What I’d like to happen: I’d like a Y2J victory with Punk winning the belt back at Extreme Rules (which just happens to be in Chicago).

What I think should happen: As above in my opinion.

What I think will happen: This is a toughy. There’s no doubt going to be show post match overflow on this on. I think Punk will retain, but be jumped by Christian after the match. Jericho/Christian get some “Steveweisers” in an attempt to force Punk to drink. Only for Punk to fight back.

The Undertaker vs. Triple H

The match billed as End of an Era. There’s only one way it can be that – for Taker to lose. Which I don’t think he will. I feel the addition of Shawn Michaels was a little unnecessary, unless they’re building to something else, but more of that in a moment. I think the worrying thing for me here is that I’m more interested in how the cell will be brought to the ring in an arena with no roof!

What I’d like to happen: As Simm has mentioned over on the Min Report, and bald, death type persona for Taker would be awesome. Especially at WM. From the match, I’d like a fairly clean win for Taker, and to be more dominant than last years.

What I think should happen: SM (Shawn Michaels, not Simm Minogue!), plays it down the middle, Taker 20 – 0, retires at Summerslam.

What I think will happen: Shawn will screw Trip. The story will go along the lines of Shawn didn’t want HHH to do something he couldn’t, prove prove he is the better wrestler, blah blah blah. This, if rumours are to be believed, will set up Trip vs Shawn at WM29. It’ll be a shame for many reasons, but mostly as it’ll overshadow the streak.

John Cena vs. The Rock

The work Cena (and Rock to a degree) has put into the the build of this recently has been superb. About six weeks ago I had no interest in this match. But credit where it’s due, on the mic, Cena’s been great. He’s been allowed (or scripted) to step slightly out of character and I find it a great device. Calling the match, I find harder.

What I’d like to happen: I’m a huge Rock fan, so I’d like to see him get the win, but I’m not sure what that would achieve.

What I think should happen: The only logical outcome is a Cena win, unless Rocky is going to stick about, which seems unlikely to me.

What I think will happen: This is all to get Cena over in what ever way. When Rock beat Hogan, it was for the Hulkamania turn. In this case it’s possible for a Cena heel, but I don’t really see it at the moment. I’m afraid all the good work might be undone, and Super Cena gets the win.

So they are my predictions for Sunday. Let’s see how right, or indeed wrong, I am come Sunday night/Monday morning.